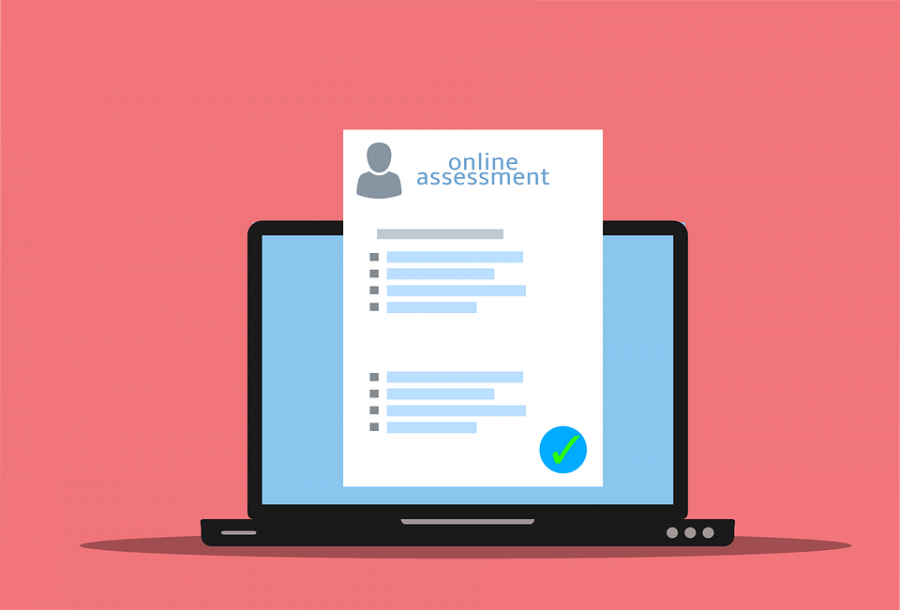 Freshmen now have to take a civics assessment test beginning on June 2 of this year. This test is state mandated. Photo from Pixabay.

Along with the other Keystone tests, the school has added a new mandated test that students must take in order to pass high school. The Department of Education in Pennsylvania contacted school districts, mandating them to add a civics assessment. This civics assessment is equal to the other Keystone tests teachers administer and will be given in civics classes on June 2 of this year.

However, despite their similarities, there is a difference between the Keystone tests and the civics assessment.

“The civics assessment is to be created locally, meaning each school district had to create the assessment based on a set of standards. Last winter some teachers from the junior high school and the high school got together and we worked with Mr. Hatch, Mrs. Burlingame and Mr. Neely. We created the local civics assessment,” history department chair Kim Shope said.

According to Shope, this is not only beneficial for Altoona students but for school districts across the state.

“I think the local assessment is a positive in a sense that it gives us the control to test our students. Even in the way we ask the questions is to how we instruct them because the other Keystone exams are state crafted, so they are the same across the state,” Shope said. “Different districts deal with different things, people’s experiences are different, people’s lives are different, so I think maybe the manner in which we would instruct a particular concept might be a little different then a district that is more urban or more rural.”

How the test will be administered and what it includes

Unlike the biology, algebra and literature Keystone tests, this civics assessment will have no open-ended questions and be taken digitally.

“The plan was for [the test] to always be digital–it’s more efficient in scoring. The state gave us a lot of leeway and so most of the questions would be objective choice,” Shope said.

Although the state gave Altoona options on the format of the assessment, the school ultimately decided to do things differently.

“[The state] told us we could give the naturalization exam–the one that they give adults that wish to become naturalized citizens which is 100 questions. We did select from that as well as some other materials they provided us and made a generalized or broad civics exam. I think it’s 40 questions which you should be able to complete in a class period,” Shope said.

If students fail the civics assessment, they will have to retake the test the following year.

“It’s is in its infancy, so my understanding is students will need to pass [the assessment] prior to graduation. Just like others, if they would not pass it, they would have another opportunity to complete it,” Shope said.

The civics assessment will be recorded along with the scores they get on the other Keystone type exams.