Drug use in teens on the rise due to television shows 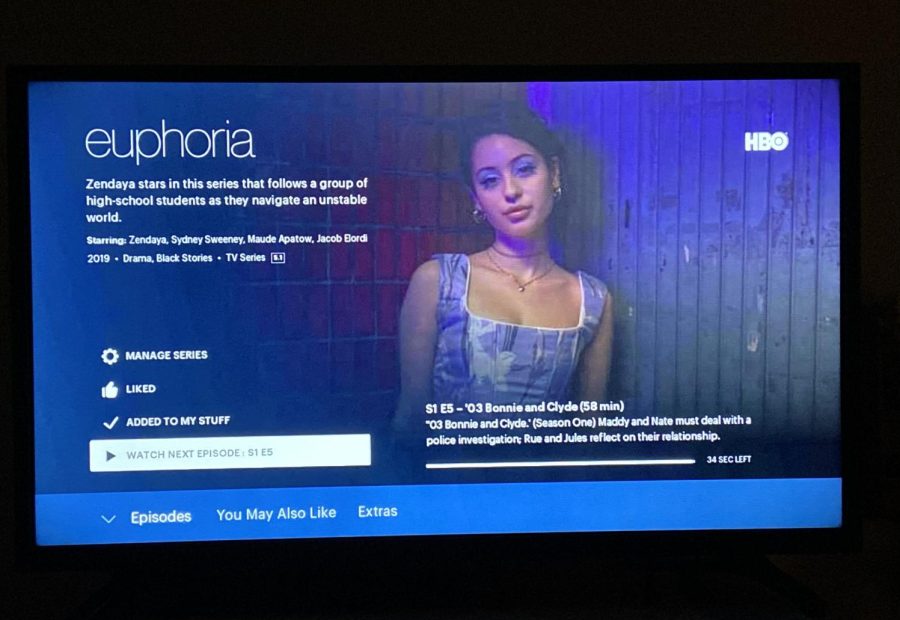 In Euphoria, Zendaya, who plays the main character, Rue, is coming home from a drug rehabilitation center, where she meets a girl and ends up falling in love with her.

The show glamorizes drug use. Teens are impressionable people; seeing something that looks so glamorous on television makes them want to give it a shot. In the show, as the characters begin to ingest the substances, their faces fill with dreamy sparkly makeup and songs that make teens feel on top of the world begin to play. Of course teens are going to want to try substances at that point.

What young teens do not understand is that once they are out of the stage of “euphoria”, what comes next isn’t good. Teens are told at a young age that doing drugs is bad; lots of schools even have kids take a pledge to stay “drug free”. But once teens are put in a situation where they are being shown how good substances are supposed to feel, they forget that it’s a television show and fall into peer-pressure. Some teens struggle with undiagnosed mental health issues and when they have the opportunity to wipe those bad feelings away for even just a few minutes on a high, plenty of them would take that opportunity.

Drugs and drinking needs to stop being glamorized and promoted to adolescents as a way to wipe away negative feelings in their lives; it is dangerous and needs to be stopped.