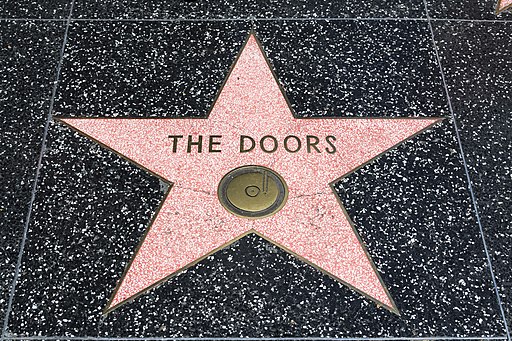 On Jan. 4, 1967, Los Angeles based band, The Doors released their self titled debut album. This album is unlike any other album that was out at the time. While artists like the Beatles, The Rolling Stones and The Monkees were topping the charts, the Doors were doing things that nobody had ever heard before. What sets the Doors apart from popular bands at the time is their nature of songwriting. The instrumentation, which ranges from poppy hits like “Light My Fire”, to dark, ominous numbers, such as “The End”, are all backed by the fiery, but yet soft spoken and poetic Jim Morrison which ties the album together into one of the greatest debut albums. Unlike anything that came before or since.

The album features 10 songs (in order)

The album starts with, (in my opinion) the perfect opener. “Break on Through” (To the Other Side). The track starts with a simple swing beat by John Densmore followed with a thumping keyboard riff by Ray Manzarek. Not long after Jim Morrison delivers the opening lines, “You know the day destroys the night..night divides the day..try to run, try to hide, break on through to the other side” the up-tempo chorus introduces guitarist Robby Krieger into the mix. This then segues perfectly back into the slow, almost jazzy verse. This back and forth technique between the verses and chorus really make the song enjoyable to listen to. The addition of the bridge towards the end of the song is a perfect change of pace. It keeps a hard, driving rhythm for an extended period of time, and when it transitions back into the slower verse with a scream from Jim Morrison, it really makes you appreciate the musicianship the four members display.

The next few songs on the album are all very good. “Soul Kitchen”, “The Crystal Ship”, and “Twentieth Century Fox”. My personal favorite of the three being “Twentieth Century Fox”. It starts with a very catchy guitar riff which pulls you right into the song. This is accentuated by an equally catchy bass and keyboard riff. The thumping chorus is really my favorite part of the song. It’s a perfect difference from the rest of the song, and I think that’s why I’m such a fan of the Doors. Their songs are very simply laid out, but the arrangements of the instruments and Jim Morrison’s poetic way of delivering the lyrics really make all of the songs unique.

The next song is “Alabama Song” (Whisky Bar). This song is very catchy with a very simple keyboard intro. The way that the lyrics follow the flow of the song really accents the song and adds to the catchiness. This is one of the more popular songs on the album. Robby Krieger really shows his flamenco guitar influences in this song, which in my opinion just adds another layer to the already amazing musicianship showcased within the band.

The next song, which is likely the most popular song, not only on the album but in the doors discography. “Light My Fire” was the breakout single from the album, which reached number eight on the billboard top 100 by the end of 1967. The way the track starts with a single hit on the snare drum, and that instantly recognizable keyboard, throws you right into the song. This song shows the real talents of all of the members. The majority of the song is a keyboard solo, interjected by a guitar solo by Robby Krieger. Jim Morrisons delivery of “Come on baby light my fire”, and “Try to set the night on fire” slowly become more passionate towards the end of the song. Personally, this is one of my favorite songs from the album. The way the near four minute middle section perfectly transitions back into the intro riff is just beautiful. The end is filled with so much emotion you just can’t help but sing along.

One of my favorites from the album comes next. “Back Door Man”, which is about something I probably can’t say in school, is one of the harder rocking songs on the album. Its blues based instrumentation is simple but effective. Jim Morrison’s delivery of the verse and chorus fit the song perfectly, as does Krieger’s guitar solo, which is one of the most technical on the album thus far. It is also a crowd favorite when played live.

“The End”, a perfectly named masterpiece finishes out the album with the most emotion out of any song. They really did save the best for last with this song. The song comes in a little over 11 minutes long. After doing some research, I found that Morrison originally wrote the song about a breakup with his then girlfriend, but over time it evolved into something much more. This is the slowest song on the album and is filled with a lot of emotion. I also found that one part of the song was inspired by Oedipus Rex, a Greek tragedy about a man who kills his mother and father. This is something I wouldn’t expect from a song of that era. Diving into topics that are dark can often lead to controversy, which I’m sure it did, but many fans say it is one of the best songs they’ve ever written. This is also Kenton’s all time favorite song on the album.

In conclusion, we believe that this is an album that anyone who is a fan of classic rock, theater, or poetry should at least give a listen to. It might not be for everyone but you might be surprised. The doors are definitely a band that you can appreciate for their musicianship, lyricism, and impact on popular music as a whole.