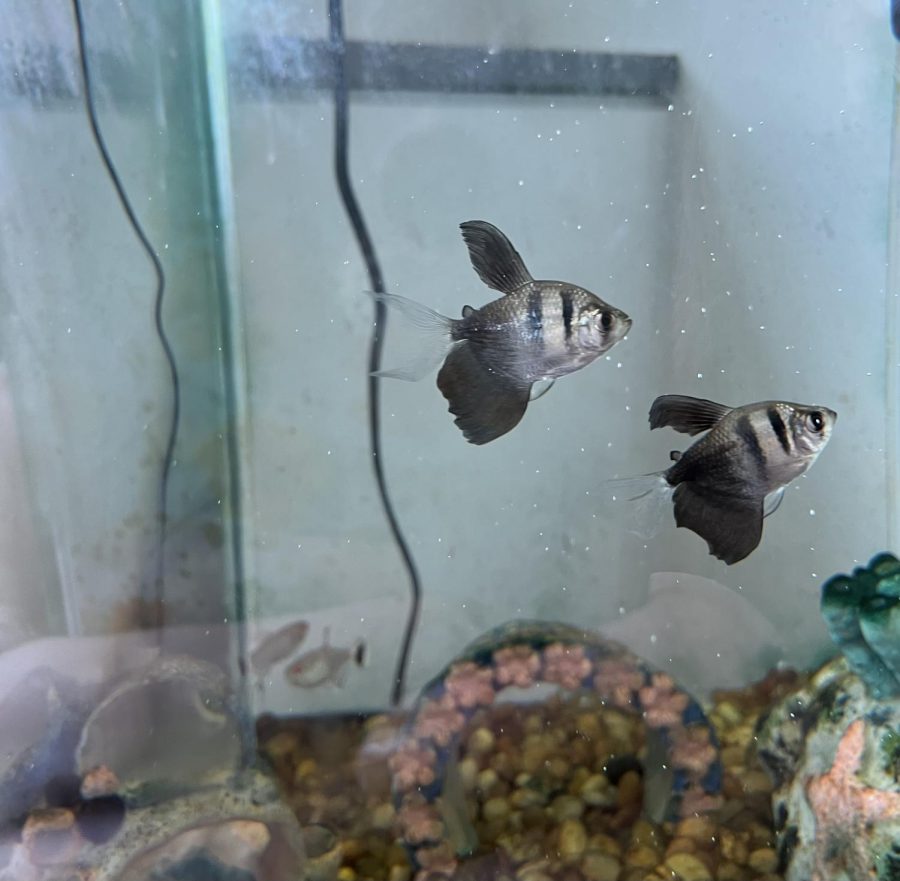 Some people may be unaware that Head Principal, Andrew Neely, has a fish tank in his office.

The type of fish Neely has in the tank are Tetras. According to brittanica.com, Tetras originally come from Africa and South America. There are an average of 30 different varieties of Tetras.

“I have tetras, and I have them in there because they’re pretty hearty. They’re easy to keep,” Neely said.

Neely obtained the fish tank from a former English teacher who moved to Fl. The tank sits in his office, by a window on the far right back corner of his room. Neely has had the tank for around five years.

“When she was moving, she didn’t want to have to move it, so I got it from her. I had it in the old school before we moved, so I’ve had it for probably five or so years now,” Neely said.

Neely enjoys the tank and views it as a relaxer and says it helps with anxiety. Neely states that there are rarely ever any issues with the tank.

“They’ve been pretty stable. It takes a while to get a fish tank to level out, but they’ve been pretty good. The fish that I have in there now I got at the beginning of the school year. They’re going pretty strong; it’s been almost eight months now. Right now, they are easy to take care of but when stuff goes haywire in the tank, you have to take some time to figure out what’s going on,” Neely said.

According to Neely, the only people who know about the fish are students who come into his office, the assistant principals and teachers who have meetings in his office. Very few people ever specifically came into his office for the fish except Drew Yingling.

Neely cares for the fish independently.

“It’s all me. I feed them, clean the tank and do general maintenance with them. Although right now the tank is covered in algae, I’m not sure why. I’ll have to fix that later,” Neely said.