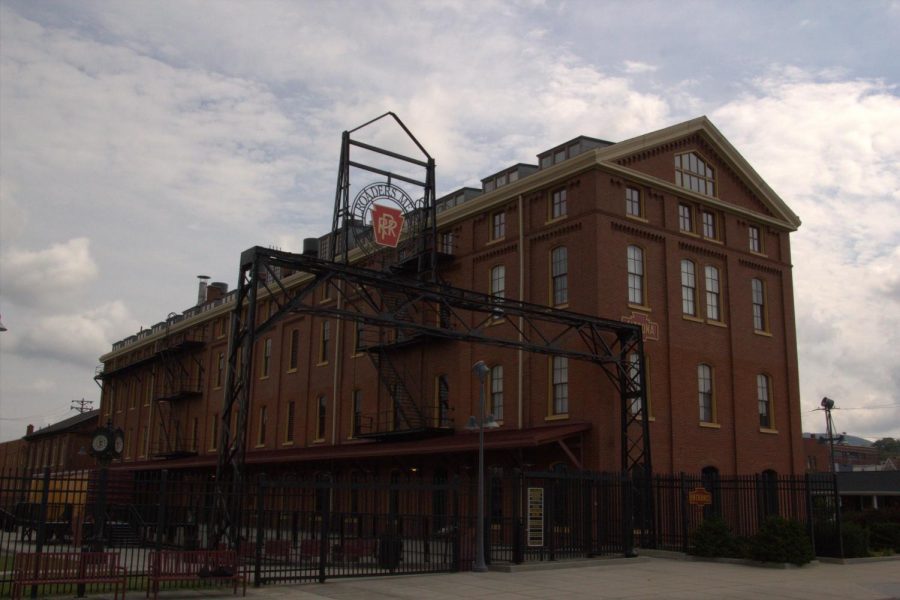 The Railroaders Memorial Museum and the Horseshoe Curve have been working for 42 years to inform people about the origins and history behind Altoona and how it came to be.

Though the Railroaders Memorial Museum itself has gone through changes and challenges, they continue to inform the public about Altoona history.

“The museum officially started in 1980, and it was actually in a smaller building across the parking lot [from the Railroaders Museum],” museum store associate Matthew Adams said. “We moved into this building [current Railroaders Museum] in 1998. The last few years with the pandemic and shutdowns have been really tough on museums, tourists sites generally, and we have not been spared by that, but we are really excited about the future and the kind of programs we have been developing and since and we seem like we’ve had a lot of support from the community with getting back on out feet.”

The employees at these places do their best to teach people about the history of Altoona.

“Because the museum has a small staff, everybody here does a little bit of everything,” Adams said. “Yesterday I was helping out with an event at the Horseshoe Curve, and a couple days ago I gave a lecture here.”

Some people claim that the railroad and the people surrounding it have helped Altoona become what it is today.

“Altoona is basically built by the Pennsylvania Railroad, which at the time, was the largest corporation in the world and this was kind of a company town,” Adams said. “The Horseshoe Curve being built, the high school and the hospital, they built most of the stuff that was here and for a while. Altoona was the largest railroad facility in the world. Most of the folks that worked and lived here either worked directly or indirectly for the railroad. That’s kind of what the museum is about. We try to talk about the history of why Altoona was built, how it was built and what life was like for folks who were working on the railroad and how things have changed since then.”

This is Altoona. Altoona is the railroad capital of the world.”

“I think it is just kind of our focus on the industrial history of the area,” Adams said. “Baker Mansion, and some of the other places, speak about things more generally and our mission is a little tighter. We talk about the railroad, its legacy and how it affected things we try to be as proactive in the community as we can. We make partnerships with other companies, museums and historical societies in the region so it’s not all just at the museum.

The Horseshoe Curve discusses industrial America through the lens of Altoona.

“Currently, this weekend [Sep. 4], in honor of Labor Day, we are portraying the hardworking Irish immigrants who built the Horseshoe Curve in Altoona,” Director of Digital Outreach at the Railroaders Memorial Museum Mark Frederick said. “Between 1851 and 1854, 350 Irish immigrants from Ireland came and built this Horseshoe Curve before the Allegheny Portage Railroad Canal system actually was responsible for the transportation over the Allegheny Mountains.”

When the Horseshoe Curve was built, it decreased the amount of time it takes to get from place to place.

“Prior to the Union Portage Railroad, the trip from Philadelphia to Pittsburgh roughly took three weeks,” Frederick said. “When the Allegheny Portage Railroad came about, with the canal system, it took six days. With the completion of the Horseshoe Curve it took 15 to 16 hours to get from Pittsburgh to Philadelphia. This all happened in a short amount of time. These immigrants from Ireland kind of came here looking for jobs and they essentially chiseled out a mountain with nothing but hand tools and manpower and black powder. And they were paid 25 cents an hour, which was roughly $9.25, $9.50 in today’s money.”

We were the backbone of the railroad.”

While working on the Horseshoe Curve, the workers lived in a shanty town, a place on the outskirts of towns that workers often lived in.

“At the time of the construction there was a shantytown,” Frederick said. “It was there that these workers would kind of live and their families would occasionally join them. It was a very gritty and muddy place to work and live. Not only did you have to worry about dying because of dangers at work, with dangerous tools and black powder, but you had to keep an eye open while you were asleep.”

Frederick stated that the shanty town in Altoona was not the safest place.

“There was a double murder that happened in the shanty town,” Frederick said. “A wife had passed away and left a husband and son and they supposedly had roughly four hundred dollars with them and someone heard about it in camp and broke in with an ax and killed the husband and the son, stealing the money. So it was a very violent and dirty place to live and work.”

The Horseshoe Curves mission is to educate the upcoming generation of what Altoona once was.

“I think this place is important to Altoona because it kind of encapsulates hundreds of years worth of science and innovation and railroad heritage,” Frederick said. “This location along with the Railroaders Memorial Museum in Downtown Altoona kind of highlights generations of railroaders and the hard work that they did to essentially build, not only a community, but an industry and a nation.”