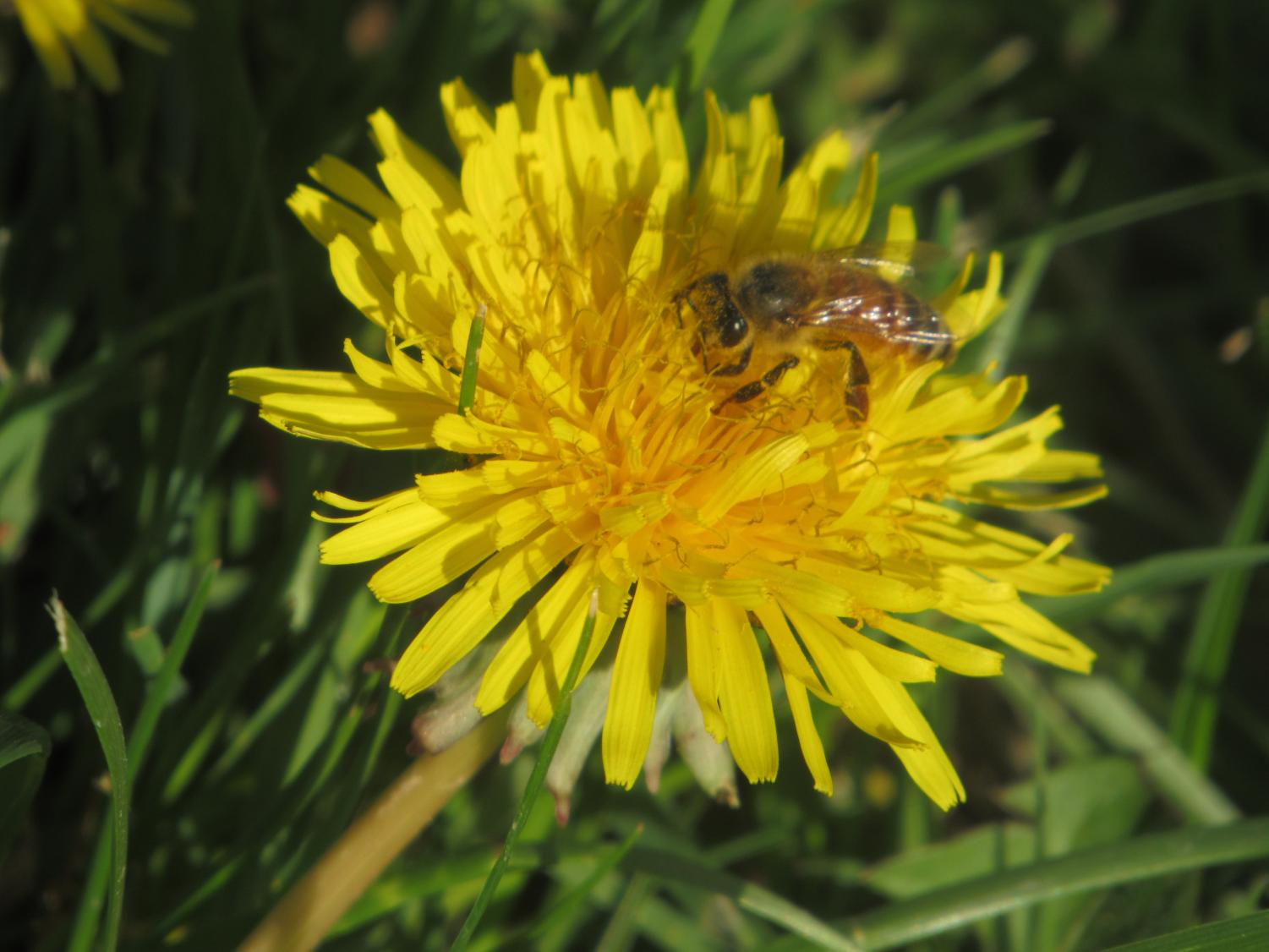 Buzzing A bee sits atop of a flower while a tennis game takes place in the area. There are more than 200,000 species of bees with around 450 species in Pennsylvania alone. (Bryana Ayala)

Buzzing A bee sits atop of a flower while a tennis game takes place in the area. There are more than 200,000 species of bees with around 450 species in Pennsylvania alone.

Bees need to be protected

Think of a comfortable warm night with the sound of rain hitting against the window and the smell of hot chocolate or coffee fills the room’s atmosphere. Well, say goodbye to that idea while bees, the maker of these precious beans, get closer to extinction with facing a 30 percent or higher decrease in the last decade.

With the decline that all bee populations are facing, it is fundamental people protect these fuzzy little friends not only for their sake but for the whole globe. 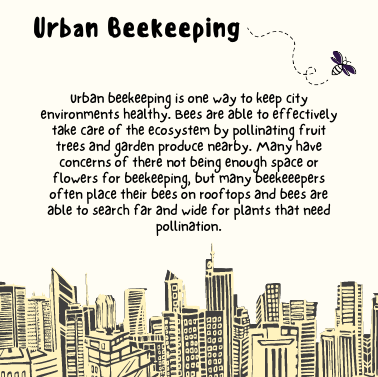 According to the FAO, species of bees are facing extinction rates at 100 to 1,000 times higher than average. Bees are continuing to face a higher percentage of decline each year. In Pennsylvania alone, there was a loss of 38 percent during winter. To put it into perspective, most beekeepers have reported a loss of at least 30 percent since 2006 when the loss was previously around 10 to 15 percent.

One of the biggest questions is: Why? Unfortunately, there isn’t one direct answer for what’s causing bee populations to decrease so significantly, but the blame can be on humans for most of the issues. Some of the top reasons as to why bees are dying off are pesticides, habitat destruction, air pollution and global warming which humans have a hand in causing. Some other causes include droughts and nutrition deficiency.

Pesticides, such as neonicides, are particularly harmful to bees. They can be applied onto crops and contaminate nearby plants. This means that neonicides can end up residing in the pollen or nectar of flowers which then cause pollinators, such as bees, to come into contact with these chemicals that are highly toxic to them.

Climate change is another big factor when it comes to the decline of bees. With the planet warming, the synchrony of plants creating pollen and bees ready to feast have been altered. This causes a poor effect on their health which in turn, makes the bees less likely to reproduce and causes them to be unable to fight off parasites.

Bees and other pollinators do a lot for humans and the food being consumed is just one example. According to the

FAO, 75 percent of the world’s crops depend on pollination in some aspect. Without bees, foods such as almonds, apples, avocados, cantaloupe, carrots and many more would be scarcely available if not gone completely. Many of these foods provide the necessary vitamins and minerals for a person’s diet. The human population needs bees to survive and maintain a healthy diet.

Agriculture is also heavily dependent on bees. Around 35 percent of all global agricultural land is affected by pollinators. According to the FAO, agricultural production has increased a dependency on pollinators by 300 percent in the past 50 years. Many of these pollinator-dependent plants also show more stability and growth in comparison to crops that don’t depend on pollinators.

Bees, although small, play a big role in the economy. The crops that need pollination are five times more valuable when compared to the crops that are not pollination-dependent. According to the FAO, anywhere from US$235 and US$577 billion a year come from crops that are dependent on pollination, making bees direct contributors to the economy. Bees also have their own products to sell such as beeswax, royal jelly and honey. Many beekeepers make $300-$600 on one hive per year. In general, bees are a way of income for many small-scale producers.

The products created by bees are another way they prove their usefulness. Honey is one of the most helpful products for humans. Honey is not only a natural sweetener, but it also serves as a beneficial substance with all of the nutrients it contains. According to the National Library of Medicine, honey includes necessary nutrients such as proteins, vitamins, amino acids, minerals and organic acids. It also states that honey is reported to exert antioxidant, antimicrobial, anti-inflammatory, antiproliferative, anticancer and antimetastatic effects as well as suggesting that honey could help control and treat wounds, diabetes mellitus, cancer, asthma and also cardiovascular, neurological and gastrointestinal diseases. Besides honey, bees also make beeswax which can help make candles, beeswax wraps, lip balm and more. Beeswax has a higher melting point than most waxes, so beeswax candles burn with a bright flame and burn slower. 100 percent beeswax candles are also eco friendly, nontoxic and biodegradable.

There are many ways to help the pollen-collecting insects both collectively and individually. The FAO carries out a multitude of initiatives meant to encourage pollinator-friendly practices and provide countries with technical assistance. They also have a section on their website dedicated to pollinators: The Global Action on Pollination Services for Sustainable Agriculture which is meant to provide information to better understand the pollination needs of plants for farmers. They also have information on the diversity of honeybees, the products and services they provide and the challenges they face. Farmers can also provide for the environment while using bee-safe practices in order to keep the population from continuously declining. There are many organizations with information on what an individual person can do to help the bees such as Planet Bee Foundation, The Bee Conservancy, Whole Kids Foundation and many more. Some common tips include planting a garden, making a bee safe pond, stopping the usage of pesticides, supporting local beekeepers and so much more.

One common issue that people contribute to is killing bees themselves. When people see swarms, one of their first thoughts is killing them off because it’s easier. But it isn’t the best option. Most of the time, people have to go out and buy some sort of spray, zapper or trap to kill the bees. This costs money and takes time. Instead of going to the store, call a local beekeeper to relocate the swarm and provide a safe environment for the colony. Don’t harm a population that’s already suffering, help them thrive instead.

It’s important that people look after the bees and work on protecting them. Humans have played a major role in causing their decline, so now they need to reverse the damaging effects of their actions. Bees help the world in so many different ways, and it’s time that they get repaid for their fundamental part in the world’s environment.