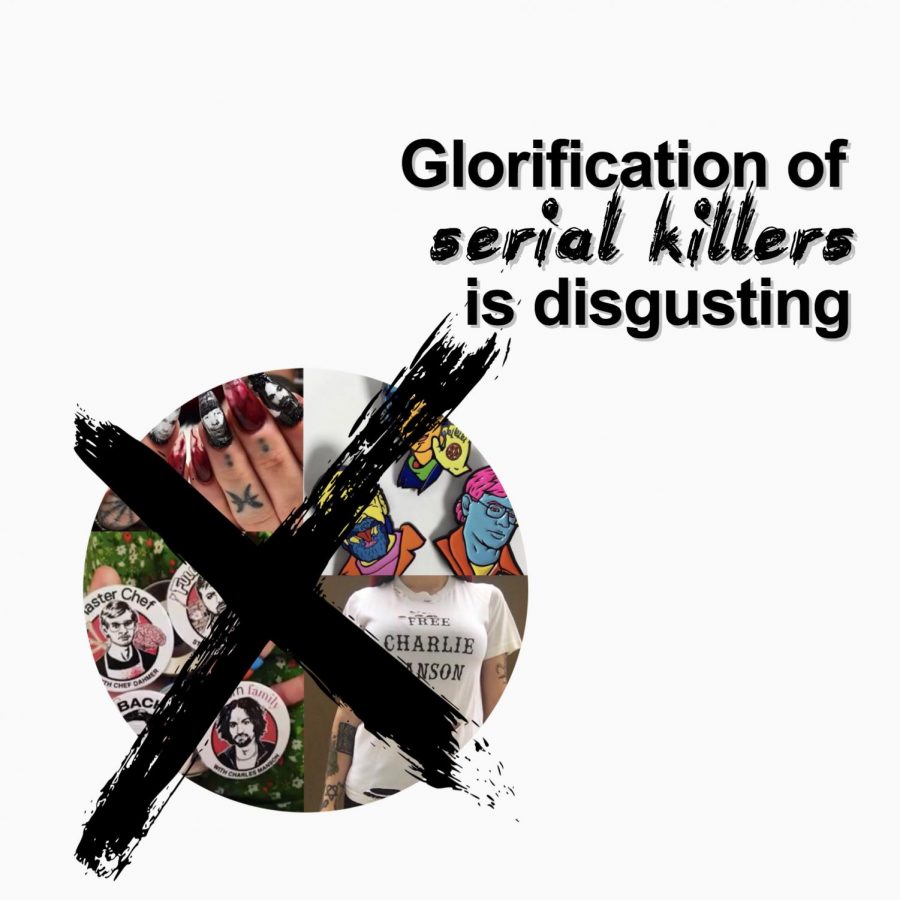 This needs to stop. The disgusting romantic fascination with serial killers is sickening. The glorification of serial killers has expanded throughout social media and the excessive praise murderers are receiving is continuously hurting modern culture.

Glorification of serial killers is disgusting

In today’s society and modern culture, there is a fascination and obsession with serial killers. Names such as Charles Manson, Jeffery Dahmer and Richard Ramirez are well-known and are quite often used as references in pop culture. Search Charles Manson’s name and Google provides his quotes, including: “If you’re going to do something, do it well. And leave something witchy.” Apparently, the words of a murderer and cult leader need to be remembered.

Tumblr posts display serial killers and infamous murderers with heart emojis around their heads as well as countless teenage girls confessing their profound love to the psychopaths on the social media website. Many of these young girls have their own Tumblr accounts where they frequently communicate with other young obsessors about their “favorite” serial killer.

These kinds of people have engendered both large and small companies to make a profit. Companies across America are making serial killer merchandise, producing items such as t-shirts displaying well-known serial killers and pins of the murderers. One Instagram-based store in particular frequently posts advertisements of their serial killer-based merch.

The worst part is that people purchase these items. There are people in America that like these images, post these images and admire these murderers enough to buy a t-shirt or get their faces drawn on their nails. One t-shirt even displays the image of a victim’s body–yes, a t-shirt with the victim’s dead body. These are real people, real victims, being exploited and profited from by companies and worn by people so obsessed with murder, they almost become a part of the murderous cult itself.

These are real murderers. Manson, Dahmer and Ramirez are murderers. Not the ones seen in films or the ones read about in fiction. These serial killers hurt real people. They hurt children, men and women across America. Some raped and tortured yet are glorified and romanticized. But why? Why do people obsess over these horrible people that have done nothing but bring pain and suffering to innocent families? Maybe these people who wear the image of a victim’s body displayed proudly on a shirt should sit and talk with the victim’s family. Maybe they should sit and listen to what the families have to say who have experienced suffering and so much pain. These girls who fantasize about murderers should listen to the mother who lost her child, the little boy who lost his sibling or the daughter who lost her father. Perhaps, if these people would listen, really listen, these serial killers and murderers wouldn’t be so well-known anymore. Hopefully, one day the people who murder and kill won’t be remembered and be simply forgotten by society. Hopefully, these killers will be seen for what they truly are–not misunderstood, but murderers–cold-blooded murderers that took the lives of innocent people for no reason.

This article was inspired by Sarah Hawkinson, a Youtuber who has made several videos concerning the romanticization of serial killers.