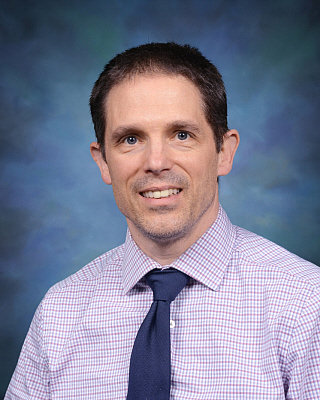 Chemistry teacher Joseph Sohmer will be retiring at the end of the school year after teaching at Altoona for 25 years.

Before Altoona, Sohmer taught at DuBois Area High School for three years before working at Altoona.

After 25 years of teaching, Sohmer has many memories from his time at Altoona, especially memories that include class time with his students. As he looks back at previous experiments and classes, Sohmer is happy with how it all went.

“Every experiment I have ever set up here–whether the results have been good, bad or somewhere in between–it’s always fun doing hands-on science. I can finally look back at almost every lab experiment we’ve done and say ‘yeah, that was worth doing,’” Sohmer said.

Even during dark times, Sohmer has an appreciation both for the strength of his fellow staff and for his own students, from everyone coming together because of 9/11 to overcoming the hardships of the pandemic at the beginning of last year.

“I remember when the school came together during 2001 when the terrorist attacks happened on September 11. I remember holding the class–my fourth period class–all day until the end of the day and until we kind of figured out what to do. Some new security measures were put in place immediately and some came later. As tragic as that was, there was a great show of leadership here at the school,” Sohmer said. “Most recently we have gone through absolutely uncharted waters with this pandemic and there was no playbook for this. No blueprint on how to move forward, and yet we just kept at it. That’s something I’ve very proud of with this faculty, with this administration and with the students. For the most part, it’s gone well–as well as it possibly could have.”

Alongside the many memories, nothing stands out to Sohmer as much as the connections and bonds he has made with his past students.

“So many of the students who have gone through [my class] have emailed me–both regular chemistry and in AP chemistry–saying what they’re doing, and it’s so exciting to hear what the students are doing in the future. I really look forward to hearing from former students and what their plans are. I love to look at what they’ve achieved. It just gives me energy,” Sohmer said.

With his students, Sohmer offers some words of advice, providing students with a clear message to help them in their future.

“You’re going to have struggles no matter what you do. Success is not going to be handed to you, and you’re going to have to struggle for it. You’re going to have to be willing to make mistakes and figure some things out even if it seems impossible. There is always a problem that you can’t solve, but nobody can do anything about your tenacity. Stick with it–you’ll get there,” Sohmer said. “I think that’s a message I would leave with the kids not only in AP but also in regular chemistry and in Careers in Science. If you stick with it, you will get to where you want to go. Just don’t give up on it.”

Sohmer also acknowledges the teachers that will still be working after he has retired, giving them similar advice and hoping teachers at the high school will keep doing what they do best despite the struggles.

Sohmer will also retire alongside his wife and chemistry teacher Patricia Sohmer who is retiring after 35 years of teaching. J. Sohmer plans to spend time with his wife and work on his business during his retirement.

“I do have a couple of rental properties that I will be able to take care of during business hours instead of nights and weekends, and that will free up my time to serve a bit more faithfully in the church that I attend. Also, I’ll be able to travel when I want to,” J. Sohmer said.