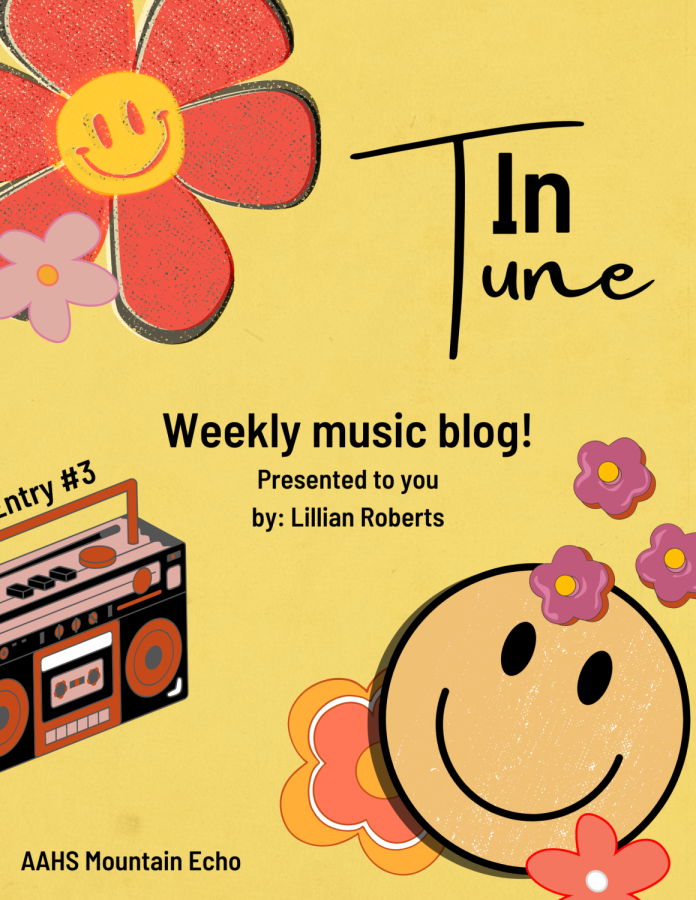 Welcome back to another InTune! This week I want to cover an album I love and have been listening to since it came out.

I remember when the drop happened, and I was so excited for it. I called my friend straight away, and we listened to it together and rated the songs. So, that’s exactly what I plan to do, but now I get to voice it to the readers of the Mountain Echo.

Something I despise about this is this album could be viewed as a “TikTok album,” but I care to disagree. The artist most likely wouldn’t want it to be labelled that way either.

Anyway, time to have the big reveal! Drum roll please…

The album is, “Call Me If You Get Lost” by Tyler, the Creator.

Before I get into the album, I want to start by saying, Tyler the Creator is a musical mastermind and nearly every, if not every, song he has made to date is superior to many musicians. I love Tyler, the Creator and his songs tremendously. A little fun fact to build my point; my main playlist I listen to on Spotify is 81 hours and 18 minutes long. I have 84 songs from Tyler in the playlist. Is that a lot? Absolutely not, but he’s one of the very few on that playlist with a large number of his songs in it. That playlist is complete with random songs and to have that number shows something. Also, in my Spotify wrapped last year, I was in the top 0.1% of the top listeners of Tyler, so I would love to say I’m at least a fan.

Now getting into the actual review, I’m going to go in order of all 16 songs of the album.

SIR BAUDELAIRE
I love this song so much. It’s a great start to the album because it’s short and sweet but so good. I also think it’s funny how Tyler mentions Golf Le FLEUR in the song because Tyler co-owns the brand. The song itself is a little slow for me, and personally, my brain needs something to keep it hooked the whole time or a faster song. Luckily, like I said, it’s short and it does have quite a bit of additions to break it up. A good 9/10 rating.

CORSO
One thing about Tyler’s songs is that he has a lot going on in the back and then has more simpler parts and this song is a prime example of it. It’s a great solo song with no features. It’s not my favorite but still super good. The beat is immaculate and the overall sound of the song is like ambrosia for Greek gods. [For those of you who don’t know, ambrosia is the food of the gods] I can’t exactly pinpoint what I dislike about it, but something throws it lower for me. 8/10 for me. The lyrics hit so hard though and some of them are relatable.

WUSYANAME
I love this song a lot, enough to the point it’s my phone alarm. Another shorter song but so unbelievably catchy. [How come all the best songs (in my humble opinion) are shorter than two minutes and 30 seconds?] This song is super groovy and repetitive. But I think I’ve listened to it one too many times which is leaving me with a little bit of boredom. But overall a great song and I enjoy it thoroughly; 8/10 from me.

LUMBERJACK
This song is a drastic change from Wusyaname, but so good. The beats to it are so good it could drive me insane. The lyrics are catchy and Tyler sings in such a monotone way that it evens the instrumentals beautifully. A great 9/10 song.

HOT WIND BLOWS
The intro to this song, instrumentally, is perfection but the lyrics are not my favourite until it switches to Tyler singing. This might be my favorite background to this album. I typically don’t listen to Lil Wayne but his features are so good. I love how his voice sounds with the music and it adds such a depth that makes this song exquisite. A solid 9/10 although the intro is debatable, an otherwise beautiful song.

MASSA
This song has a really great instrumental to it and it’s slower which breaks up the previous faster songs. This song reminds me of some of Tyler’s previous songs from his album, Wolf. The overall sound is flowy and light until the end when Tyler begins to rap more aggressive, complimenting the song greatly. 10/10 stars.

RUNITUP
This is definitely one of the best songs. This song features a lot of [what I assume to be] trumpets and is the base of the beat and back music. This song is a good song to represent Tyler’s personality. It’s a goofy song, some of the components like the instrumental sounding silly. Although, this song is so unbelievably catchy and I could listen to this song any day and have it make me feel 110 times better. 10/10

MANIFESTO
This intro of Tyler whining and mocking someone absolutely makes me laugh. The feature in this song comes quite early but I don’t really enjoy Domo Genesis’ voice and don’t think it compliments the instrumental, but Genesis can sing well. This song isn’t an overall favorite but I adore the background vocals, although it gets annoying after about 15 seconds. 6/10 from me

SWEET / I THOUGHT YOU WANTED TO DANCE
This song is probably my absolute favorite, go to song when I hear this album. There is absolutely no going wrong with this song. It’s so overplayed and I don’t care because this song features nearly every best aspect of Tyler. It has the typical synth wave sounds, lighter singing and beyond catchy lyrics. This song also is basically a three-in-one where it switches to a groovy tropical sounding beat around the middle. The tropical sounding part has the best lyrics of the whole song and is so good to listen to. The end of the song switches to a typical sounding Tyler song and I love it. This song is a beautiful combination. It also features Brent Faiyaz and Fana Hues who I adore and think their voices compliments this song amazingly. Absolutely a 10/10 and everyone should at least listen to this song once.

MOMMA TALK
This is a short song with only reaching one minute and ten seconds. It’s not Tyler singing at all and a woman speaking. The background music is a soft flute based instrumental. This song is based on Tyler’s mom talking about her love for her children. As much as the meaning is nice, I’m only giving this song a 5/10 because it’s so short and barely features Tyler.

RISE!
Rise starts out super strong and fun to listen to. This song isn’t my favorite to listen to because some of the vocals are iffy but some are also good. The meaning of this song is about Tyler’s success and personally I love that. The feature, Daisy World, also has a gorgeous voice that compliments this song perfectly. This song gets a 7/10

BLESSED
The start of this song, almost a snippet, reminds me a lot of some of Sweet / I thought you wanted to dance. I like it, but it’s more just talking to an instrumental behind the vocals for 58 seconds. This snippet is about cancel culture and the despise. 4/10 only because I like the message.

JUGGERNAUT
This song has an absolutely insane switch at the very beginning of this song. Juggernaut is one of the best sounding song with the best features. Lil Uzi Vert and Pharrell Williams have such good voices and it makes this song go so crazy. This song is tied with Sweet for number one on the album. I could listen to this song every day for a year and never get tired of it. Everyone needs to hear this song with a solid 10/10.

WILSHIRE
Wilshire is a song about lost love. It has a light back to the vocals that go crazy and are great. This is basically a vent song but honestly, this is a really great song. Tyler’s vocals are pretty monotonous the whole time but it fits the instrumental really well because it’s upbeat but not complex and overbearing. A sad, but good 8/10 song.

SAFARI
The start of Safari makes me so happy because it’s so good. This whole song is really good. It’s not a complex song and the instrumentals are probably one of the best in the album. It’s pretty similar to all the other songs but the instrumentals make it stand out from the others. A good song, so it gets 8/10.

Overall, this album was super great and I love it beyond words can express. I think everyone should give this album a listen to and see if they like it too. That’s all for this week of InTune!