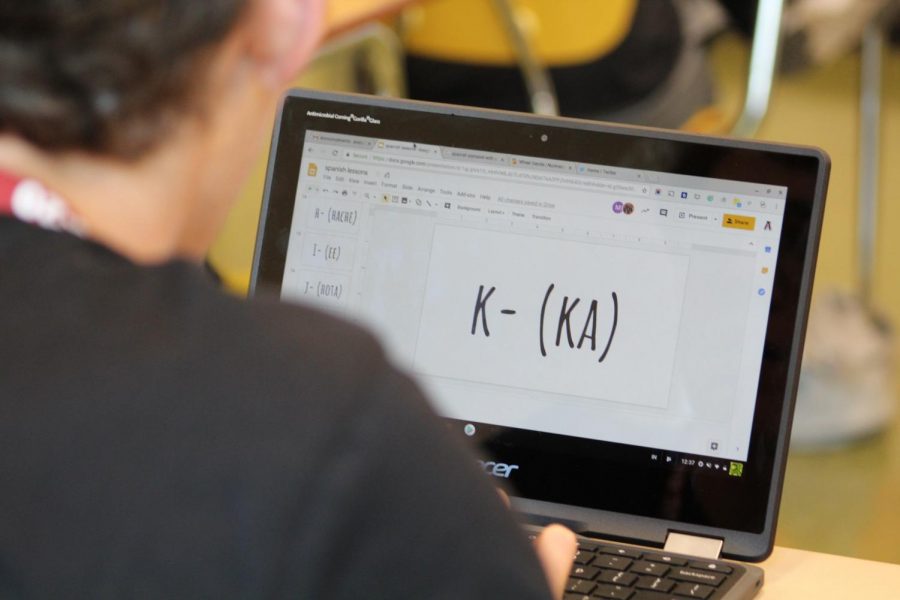 Unless you’ve been living under a rock, you would know, that Kamala Harris introduced a bill to propose having the school days extended from 8 a.m. to 6 p.m. I don’t know about you, but I can barely stand how long I have to go to school as it is.

This act is called the Family Friendly school act to supposedly help working parents take care of their children better.

Now I’m not going to lie to you, the whole starting school later thing sounds great to me, but with this act, 8 a.m. is only like twenty minutes off of the normal time we go to school now so it’s not even beneficial.

Another problem I have with this bill is that if you extend the day to 6 p.m. that means kids won’t be getting home until like half past six, maybe even seven, and they’re still going to have a whole nighttime routine to figure out.

The students will have little to no time to do homework which will lead to late nights of working on assignments every single night, and for most of us students, we’re already struggling with that. There will be no time for after school activities, not to mention, who is really going to want to go do sports or clubs when you’ve been sitting in school for ten hours.

This doesn’t even account for kids like myself who have after school jobs to pay for our cars and gas and whatever else we need; we will literally not be able to have a job with these hours and the few places that will put up with these hours. The only way we’re going to be able to work is if we go for a 7-11 shift, and I don’t know about you, but I would absolutely NOT want to do that.

And has no one even thought about dinner? Everyone is going to be starving by the time they get home from school and work, and we all thought we were hungry when we get home at like three, pshh try six!

I guess this bill is to “help the parents” with their work schedule or whatever, but when you think about it, there’s more harm than good coming from this. Parents who work full time already have plenty to worry about when they get home from work, and pushing the school day back really will just stress them out more because of the feeling of there being fewer hours in the day instead of more. Every parent wishes there would be more hours in a day because they feel like they can’t get anything accomplished, after this bill, they’re going to feel like they made the big man mad and he robbed us of our daylight. I know plenty of parents who would hate this bill, including mine, oh my goodness my mom would have a cow!

At the end of the day, I can see the generosity put into this bill, and I think Harris had the right idea; however, I don’t think it’s very practical. The bill will honestly only benefit a select few parents and nowadays, schools offer an after school program that is almost always free for children who are way too young to be home by themselves, and if not, there are after school activities for children to join that they will actually enjoy.

School has been the same hours for as long as any of us can remember, including our parents, and they’ve always seemed to make it work. In fact, nowadays, after school, it is a lot easier and a lot safer than it was when my parents went to school. We have technology now that they didn’t have back then. Buy little Jimmy a refurbished phone (even though let us be honest, he probably has the like IphoneX) put your number on speed dial, and until he’s old enough to be responsible, keep a tracker on his phone, and that way you will always have an extra eye on him, and have him go to a friend or families house, or even walk home from school once he reaches the age.

Once it’s all said and done, I just don’t see any good coming from this. All this bill is going to do is make the rest of us miserable.”