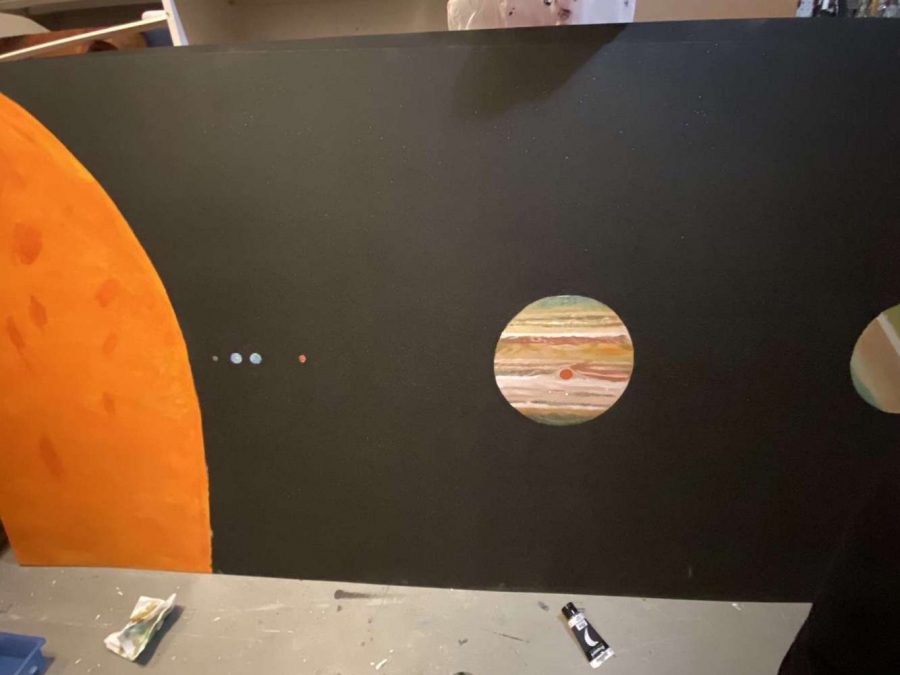 Throughout the school year, seniors focus on one project that could make or break graduation. This project is called the senior project.

Senior Allison Peterman decided to create a mural of the solar system for her senior project that will be given to Astronomy teacher James Krug and hung in the planetarium.

The solar system mural was not Peterman’s first choice for a project this important.

“I don’t think I could have done anything else. My thought last year was to hold a benefit concert, but I couldn’t think of anything that truly meant a lot to me. Astronomy; however, is truly my lifeblood. Studying the stars has sparked my curiosity, improved my mental health and shown me wonder I never thought possible. I wanted to give back to the place and the teacher that made that happen for me,” Peterman said.

Peterman decided on the solar system mural from her willingness and passion to create a piece for Krug. Originally Peterman’s plan was to just paint Neptune on a canvas to give Krug as an end of the year gift.

“I wanted to do something for the planetarium and for Mr. Krug, and I had just recently painted Neptune on canvas. I gained confidence in my art skills. At first, I wanted to just give him the picture for an end of the year gift, and then I was like ‘why not the whole solar system?’ If I was going to do that for my senior project, I had to incorporate a challenge into it, so I chose to paint it to scale on three huge sheets of plywood,” Peterman said.

This senior project is not just any regular project. The mural has been created over time. Peterman started the project in December and has been working on it consistently for three months.

Throughout the process of creating the solar system mural, Peterman relied on her English teacher and Krug as much as she could and is thankful for both of them.

“Mrs. Tippett-Wertz! She’s amazing. She always encouraged me and helped me make sure I was on the right track. Mr. Krug basically let me have creative freedom which I’m extremely thankful for, and he also believed in me. He knew I could create something amazing which helped my confidence. This is the first big painting I’ve ever done. I’ve never taken an art class so stakes were high,” Peterman said.

If given the opportunity Peterman believes she would create another mural. Peterman does not know exactly what the mural would be but knows it would have to do something with space.

Peterman gained confidence from creating the mural and hopes other students can get inspired. 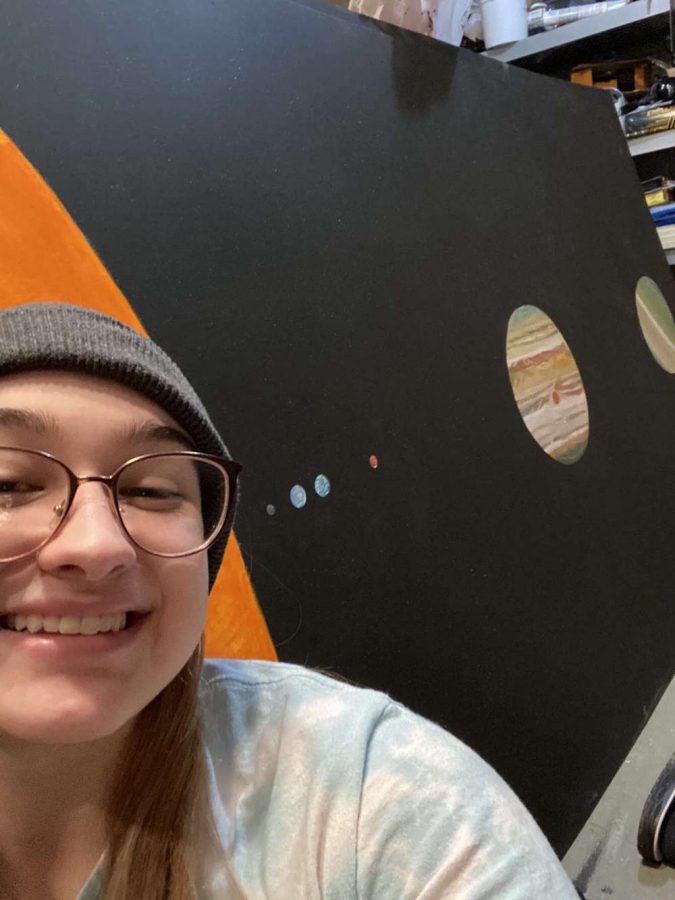 “I gained so much confidence in myself and my art. I wanted to show how big and small the solar system is at the same time. Big relative to us, but so small relative to the universe. I hope this inspires an interest in astronomy in the rest of the student body, especially the incoming ninth-graders,” Peterman said.